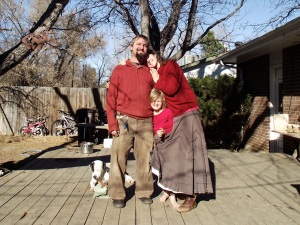 Wednesday evening 2015-12-16 Boulder city police knocked on my door and arrested me in my pajamas while playing with my daughter, claiming to have a bench warrant (turned out they didn’t). This stems from last Summer when someone discovered my missing, dying twenty-year old cat and reported it to animal control, who killed her and charged me with animal cruelty. She was wearing her collar with my name, address, and phone number on it.

Something I do and would appreciate is if someone finds a loose or distressed animal, contact the owner first. I go out of my way to return loose dogs or at least chase them away from busy roads, rather than turn them into the police to be ransomed back to their owners. It’s something I’ve been doing quietly every year for over a decade here, but I’m making the formal offer now: this is what I’ll do for you and what I request; talk to your neighbors.

There are many circumstances where police are needed, but I feel they are called too often over things that could be settled with a simple conversation between neighbors. Likewise I saw many in jail for letting an argument get too heated when one or both should have broke it off and gone for a long walk, and the law makes a mess of both those people’s lives. Fifty years ago my grandfather worked for the AFSC in Africa, traveling between insurgent warlords and colonial rulers carrying their messages to each other when they would not talk any other way. it was perilous work, and his first wife died on one of those trips. I have traveled the Earth too and navigated perilous circumstances, aided by the traditions of non-violent conflict resolution of my Quaker ancestors. These days I am not so adventurous, staying put and raising a family. But I would see peace, safety and prosperity in my neighborhood. So if you find yourself for whatever reason unable to speak with your neighbor, drop me a message and I’ll do what I can to help resolve it to everyone’s satisfaction. And if there is a complaint against me, I will listen respectfully and act for our mutual well-being.

My next court appearance in this matter is 8:30AM this Friday, January 15 2016 in courtroom E at the Boulder Courthouse at 6th and Canyon. It’s a status conference so shouldn’t take too long. I expect the city will continue to bully and cheat, so an extra few quiet observers would be welcome and helpful. I am experienced and knowledgeable in this arena, intending to defend myself vigorously, so you might also find this helpfully educational.