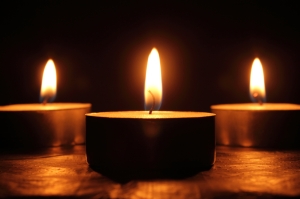 Working a bit late at a Jewish client’s house yesterday, and he invites me to join them for Sabath dinner. Don’t know much about it, said I’d be honored. Sabath lasts from sundown Friday to sundown Saturday, checking his calendar he saw it begins at 4:46PM. A bit before that there’s a flurry of activity as he makes last-minute calls to clients, wife and teens get in their phone conversations/screen time, then they turn everything off except a few lights. They will spend the day in contemplation, doing no work. Candles are lit, with a short prayer read from the Torah. Father sings a song in Hebrew while dancing with his youngest daughter. There’s a handwashing ceremony before dinner, washing front back front of each hand, followed by a prayer and silence until we sit and break bread. He grunts and hums at the garrulous child, trying to remind her. After breaking bread he blesses the household, from the oldest child sulking by the fire, to the youngest, first in Hebrew and then English, inviting each to offer their own blessing on each other. They all have kind words to share. Then we eat, a friendly meal with rich conversation. That little girl knows a lot about dinosaurs.

It’s a happy family, and I’m meditating on the important role ceremony and tradition plays in it. There is a commitment to self-discipline, but also civil discipline, each of them strengthening the tradition in each other by practicing it themselves. I think my favorite part is blessing the family, after a moment of quiet, reminding all that there is something to appreciate in each other.

I often ponder how, as sheriff, I could deliver such ceremonies that would foster civil behavior, kindness and joy. Award ceremonies and performance reviews are the norm now, but perhaps I could incorporate a moment of blessing when meeting with deputies, asking them what they appreciate of each other. The chief in Vista, CA would slowly patrol Halloween night wearing a pignose, slowing traffic for the young trick-or-treaters, keeping the peace with humor and humility. Perhaps I would offer to wash the feet of new inmates on Saturday, reminding them they are still appreciated.